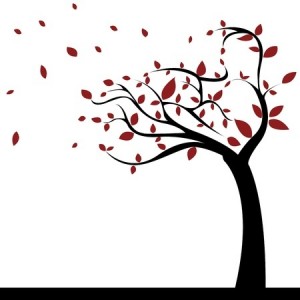 “They Call The Wind Maria” was a popular song in the 1950s from a Broadway musical, and the way Maria was pronounced was “Mariah,” as in “Mariah Carey,” the singer who got her name from that song. Now one thing about Mariah Carey is this: she’s got a set of lungs/pipes on her– when she sings, the air around her swirls like a mighty wind– a force of nature to be reckoned with, for sure.

Truth be told, there are some people who can’t stand Mariah’s “overblown” singing– it is, after all, intense. Same goes for high winds around a person’s New Jersey home– they’re not welcomed. Dangerous high winds have the ability to knock down even the sturdiest of trees in your yard.

Have you ever endured a wind storm only to find a giant branch had fallen off a tree in your yard? Or worse– what about wind toppling an entire tree? Mother Nature is no joke. When she’s fierce, she’s fierce.

Trees do their best to adapt to their climate, but wind can knock them down when they’re old and/or half rotten. Also, if the soil around a tree is flooded with water, the tree’s roots may have a hard time holding on. With 20 MPH winds, you shouldn’t worry, but once the winds whip past 50 MPH you should check your yard to see if any branches, limbs or whole trees ended up on the ground after the storm has passed.

Big Foot Tree Service of Wayne, New Jersey, offers 24-hour emergency response service should you need someone to deal with a toppled tree on your property. Call 973-885-8000.