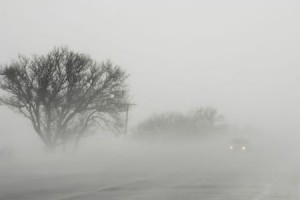 Winter in New Jersey tends to bring nasty storms which can literally shut down some areas for several days in a row. With that in mind, how should a person prepare for a nasty winter storm?

First of all, do you have an emergency kit in your home and/or vehicle? Things like snow shovels, blankets and wood for a fireplace or wood-burning stove come in handy when the temperatures go below freezing. In anticipation of a storm approaching, make sure you have a flashlight, battery powered radio, water, snack food, matches, and necessary medications in case the power goes out and/or you’re stuck somewhere for a long time.

You can winterize your home by insulating walls and attics. During a storm, let your faucets trickle to help prevent pipes from freezing. In case a pipe bursts, know where and how to shut off water valves. Keep in mind where a fire extinguisher is kept, just in case you need it. If you know of a tree close to your home that looks like it might tip over in harsh winds, don’t stay in the rooms where it could come crashing down.

While travel can be harsh during a storm, sometimes you’ll find yourself driving in the worst wintry conditions ever. Have you checked your vehicle’s antifreeze level lately? Are your brakes, battery, lights and heater in good working order? It’s better to get a vehicle repaired before a big storm than to be stuck somewhere during a storm having not taken care of problems when the weather was nice outside, you know?

Finally, if there’s a “Winter Weather Advisory,” that means there could be weather problems causing people inconveniences and you should use caution on area roads and such. A “Winter Storm Watch/Warning” is worse– it means heavy snow and/or ice could/will occur and you might lose power. If and when you hear of a “Blizzard Warning,” that’s your cue to stay where you are rather than risk frostbite, getting stuck in your vehicle in a white-out, and/or having to deal with considerable amounts of blowing snow for three hours or more.